Everybody wants to max out their engagement inside their Facebook group. It's great to have big numbers inside your group but without the engagement, they're just vanity metrics.

Join me on this episode where I'll share 3 tips to help you get more engagement inside your Facebook group.

Hi everyone and welcome to episode #4 of the Tribegeeks podcast. In this episode we’re going to talk about the thing that everybody wants inside their Facebook community… Engagement! And I’m here to share 3 tips with you on how you can get more of it.

So, in the land of Facebook and particularly Facebook groups, there’s this discussion that has been raging for years and people usually land on one side or the other about it,

And the big debate is… what’s was more important inside a Facebook group… big membership numbers OR big engagement.

Now obviously we want to see good amount of members inside our group, after all that’s really why we’re doing using Facebook groups, but personally, we land firmly on the side that it shouldn’t be the only thing that we’re focused on.

In fact, we actually refuse entry to our Facebook group to just about as many people as we actually let in.

Obviously if we had a more relaxed entry policy then our group numbers would be significantly higher but we’re really protective about what we want for our members.

And we know that when it comes to having a Facebook group, it’s the numbers that are exciting right?

I mean, if a group’s got hundreds of Thousands of members, then it must be making a ton of money and have really good engagement wouldn’t you say?

Well more often that not, no, that’s not the case at all.

In fact most of the really big groups that I see on Facebook are nothing ore than a place where everyone’s just posting spammy messages promoting a huge range of different offers and there’s really no value to be had at all… but because the group owners allow anyone to post their promotions in there, you’ll find that loads of people will join, if only to promote their own offers.

Or it might be a humour group, like a group about memes, or things about being creative or something like that… but not always easy to monetise.

In fact, as of this recording, the biggest group on Facebook right now has almost 7 million members and it’s about hairstyles, which isn’t the easiest thing to monetise on the Internet.

In fact large numbers often mean a low quality group experience, now I’m not saying that’s always the case, not by a long way, but it does happen often.

And, as I’ve mentioned before in previous episodes, what we’re trying to do here is

1, build a large audience around our niche, with a view to monetising that audience.

2, Building goodwill with that audience by engaging with them and providing valuable content.

And 3, Making offers to our audience, promoting products and services that we know will help them to get what they want faster with less stress.

So, just to clarify,

Yes we do want as large an audience as possible but unless there’s a good level of engagement with our audience… unless they’re inside our group because they’re interested in a specific thing that we can help them with, then there’s little chance of us building much goodwill with them and having them feel like our group is their home online, which is obviously what we want.

Big numbers without goodwill are just vanity metrics and we’ll have a hard time turning those members into customers and fans.

So, we need to have a good level of engagement.

With that in mind, here are 3 top tips to help you to get more engagement inside your Facebook group.

TIP#1 - Keep the vision of your Facebook group relevant and clear so people know why they’re there.

This really comes down to having your core messaging in place and knowing what your group is going to be about.

It’s also one of the main reasons that we don’t allow any kind of selling or overly self promotional material inside our group.

If you need help coming up with what this looks like for your group, then I covered this in episode #1 of this podcast series.

Coming up with a group name that clearly explains what your group does and who its’s for is really important if you want to monetise your group and to help with that we’ve got a free downloadable to help you to come up with your pefect Facebook group name.

I’ll drop a link in the show notes for anyone that wants to grab that free download.

So in order to create the right vibe with our members and build a ton of goodwill with them, we want their first experience of our Facebook group to be that of a place of value and a friendly atmosphere.

Imagine how your new members are going to feel if the first thing they’re presented with when they’ve just joined your group is a bunch of spammy messages that are trying to get them to sign up to this thing or that thing.

If that’s what they’re presented with, they’ll probably feel like they’re just there to be sold to and start looking for the exit.

It’s not what they signed up for and it’s going to be almost impossible to build a connected engaged community around this kind of environment.

So we need to clearly advertise what’s inside and then deliver exactly that to avoid the disconnection of members once they’re inside.

Remember, your members will only show up if there’s some form of value that they get from it and it needs to be in line with what they’re looking for.

Tip #2 - Keep the level of information in line with the vibe of the group.

What do I mean by that?

Well, I’ll give you an example of how things are with us, and this is why I can speak on this point with a degree of authority!

As most people will know, I work this business with my Wife Sam.

Now Sam and myself have got very different skillsets.

Sam’s a fantastic communicator and networker and there’s almost nothing she doesn’t know about Facebook groups, BUT she’ll be the first person to tell you that she’s not the most technical person in the world,

Whereas I love a bit of tech, so it usually falls to me to do things like setting up any websites or pages, building funnels and writing copy, that kind of stuff.

BUT, if I go into our groups and start talking on a level that’s really only interesting for people who love tech, and it’s like double dutch to the people who were attracted to Sam because they just wanted to know how to set up a basic group… there’s a massive disconnect there because the information is kind of on a different frequency.

So if I start posting about some new bit of techie kit that I’m all loved up with… it’ll generally get really bad engagement.

So as a rule, we want to remove any technobabble or any really specific industry terms that’ll make our audience feel like they’re out of their depth and might intimidate them.

Try to keep your content running at the right level for your audience and that way it’ll make it so much easier for your members to feel like they can get in on the conversations and engage.

As I mentioned in episode #2, your Facebook group is basically like inviting people back to yours for a party… and you’re the host.

Let’s face it, nobody wants to go to a boring party!

So we need to keep our Facebook group a place where people want to come and hang out, and that means we’ve got to keep things fun.

After all, there are essentially three reasons why people even bother to venture onto social media in the first place.

So, let me draw your attention to reason #2 – to be entertained.

Now I’m not suggesting that you put on a stand up show or you’ve got to be funny or anything like that but we do need to keep our members entertained with fresh content and ideas, stories about your life and your journey etc.

If your group is just a monotonous series of posts telling people what they should be doing then it’s going to get pretty boring pretty quickly.

Give some of yourself to your audience and add your personality to the group.

Show them your flaws!

Let them know what you love and what you hate.

Remember, for your members your Facebook group is often the only place where people feel like other people ‘get’ them.

Out in the real world, people who are pursuing the dream of working online are often looked at as being this bunch of weird dreamers who don’t want to do any real work, so they really love it when they find a place where they fit in.

Often people’s partners or families don’t understand what they’re trying to do and will shoot down any attempts to build a business online.

They don’t understand it and they don’t want to.

Your group is often the only place that a lot of your members feel comfortable enough to open up about their ambitions.

Our job is to make them feel relaxed and comfortable enough to let them know it’s a safe place for them inside the group… and having a little fun never hurts when we’re trying to make people feel relaxed.

Anyway, that’t if for this episode, please go ahead and subscribe if you’re enjoying the episodes.

I’ll be back with another episode next week,

Until then, take care,

And thanks for listening.

Next Episode All Episodes Previous Episode 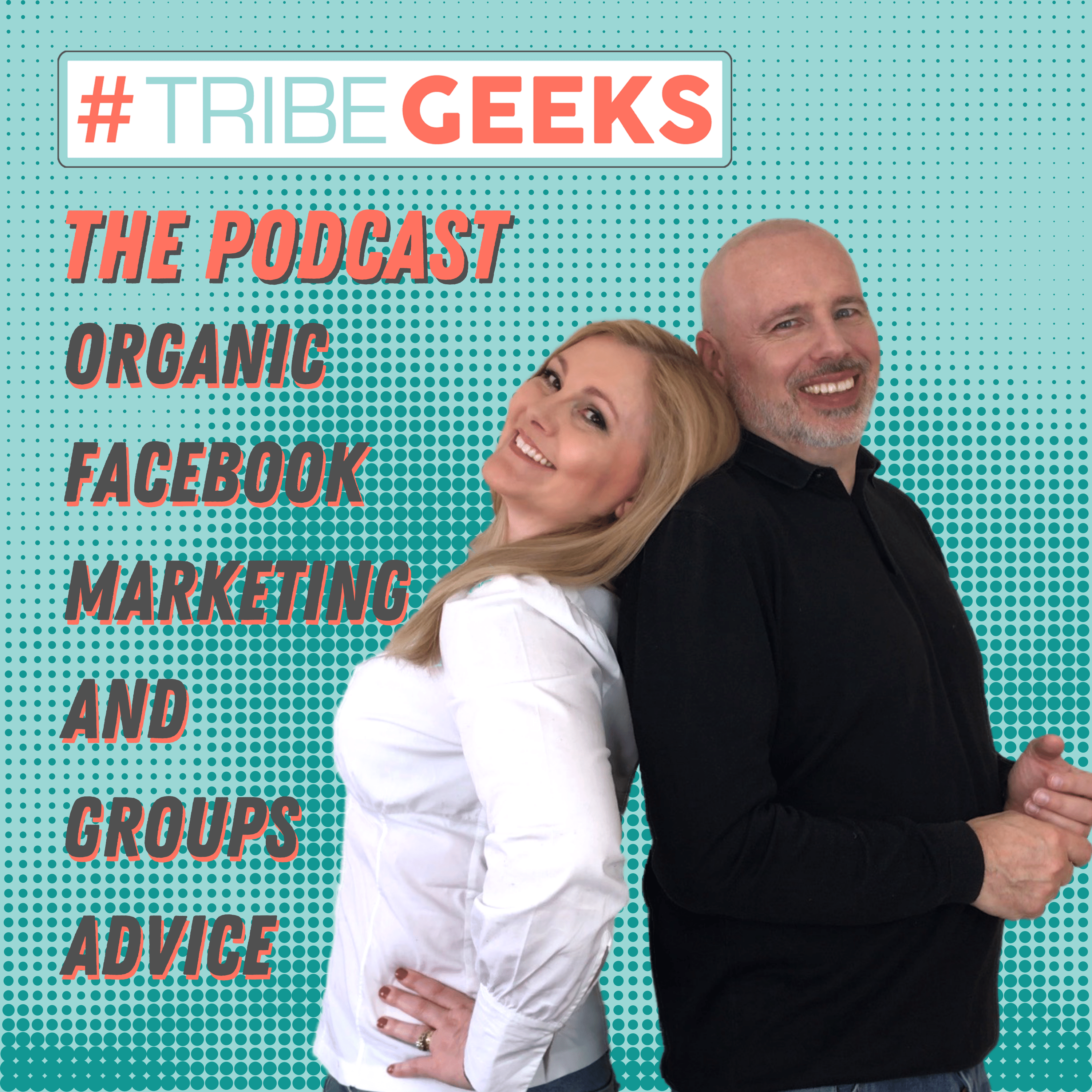 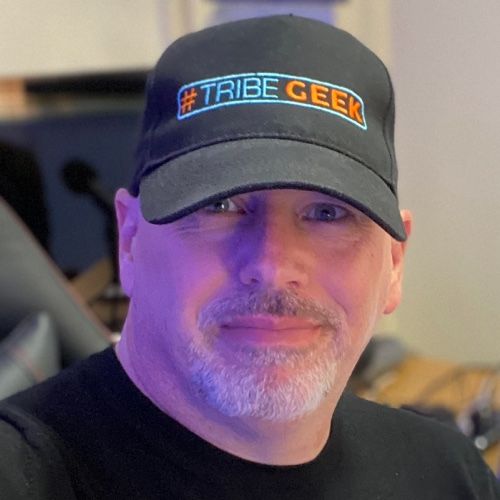 I help home business owners and online experts build their Facebook tribe, dial in their message and automate their sales process using organic methods so they never have to beg people to buy.

With online false claims and under-delivery of promised results becoming the norm for many right now, I believe that honest, relationship based business promotion is the way forward for anyone looking to build an online brand.

I’ve worked with thousands of business owners to help them ‘find their voice’ to clarify their message, as well as show them how to make offers in the most natural and efficient way.
The Tribegeeks Academy